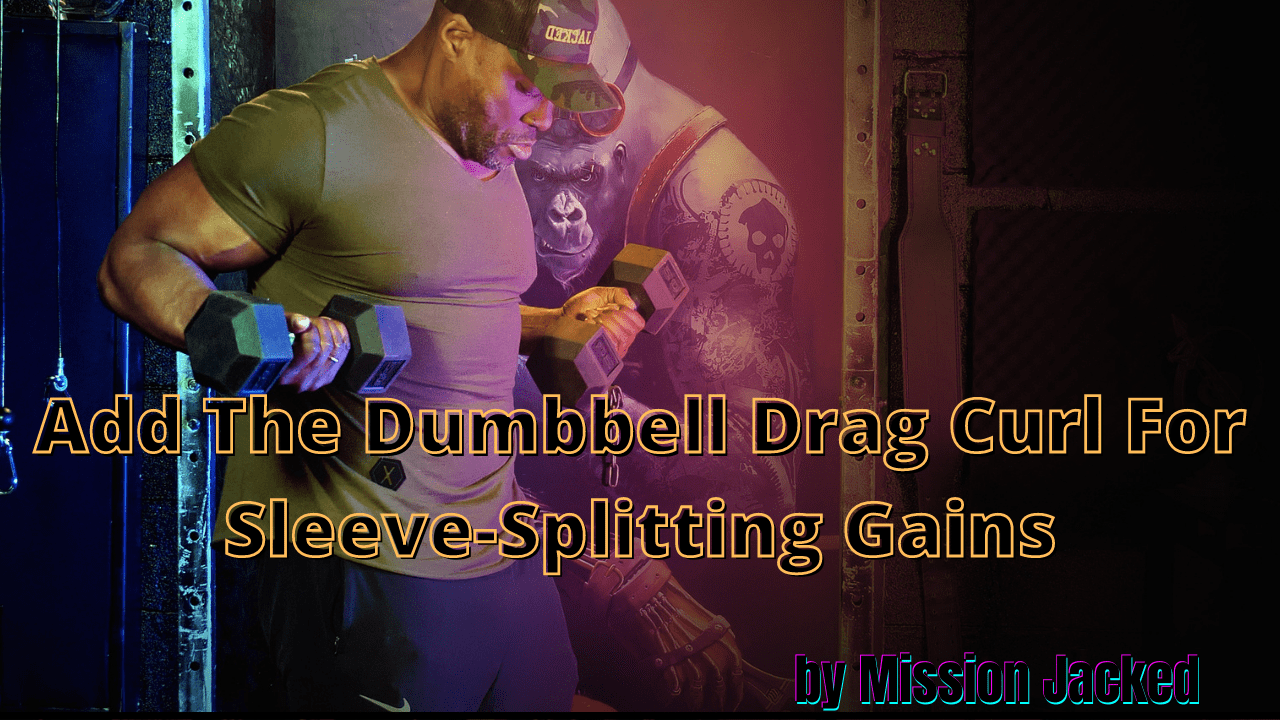 5: What Muscles Do Drag Curls Work?

Reverse Curl Your Way to Bigger Arms and a Stronger Grip

Incline Curls, The Baddest Sit-Down Exercise In All The Bicep Kingdom.

A Dumbbell Arm Workout To Rip The Sleeves Off Any Top Fast!

This Pump-Inducing Tricep Workout With Dumbbells Is Waiting For You!

How To Lean Bulk

The 3 Best 25 lb Dumbbells On The Market 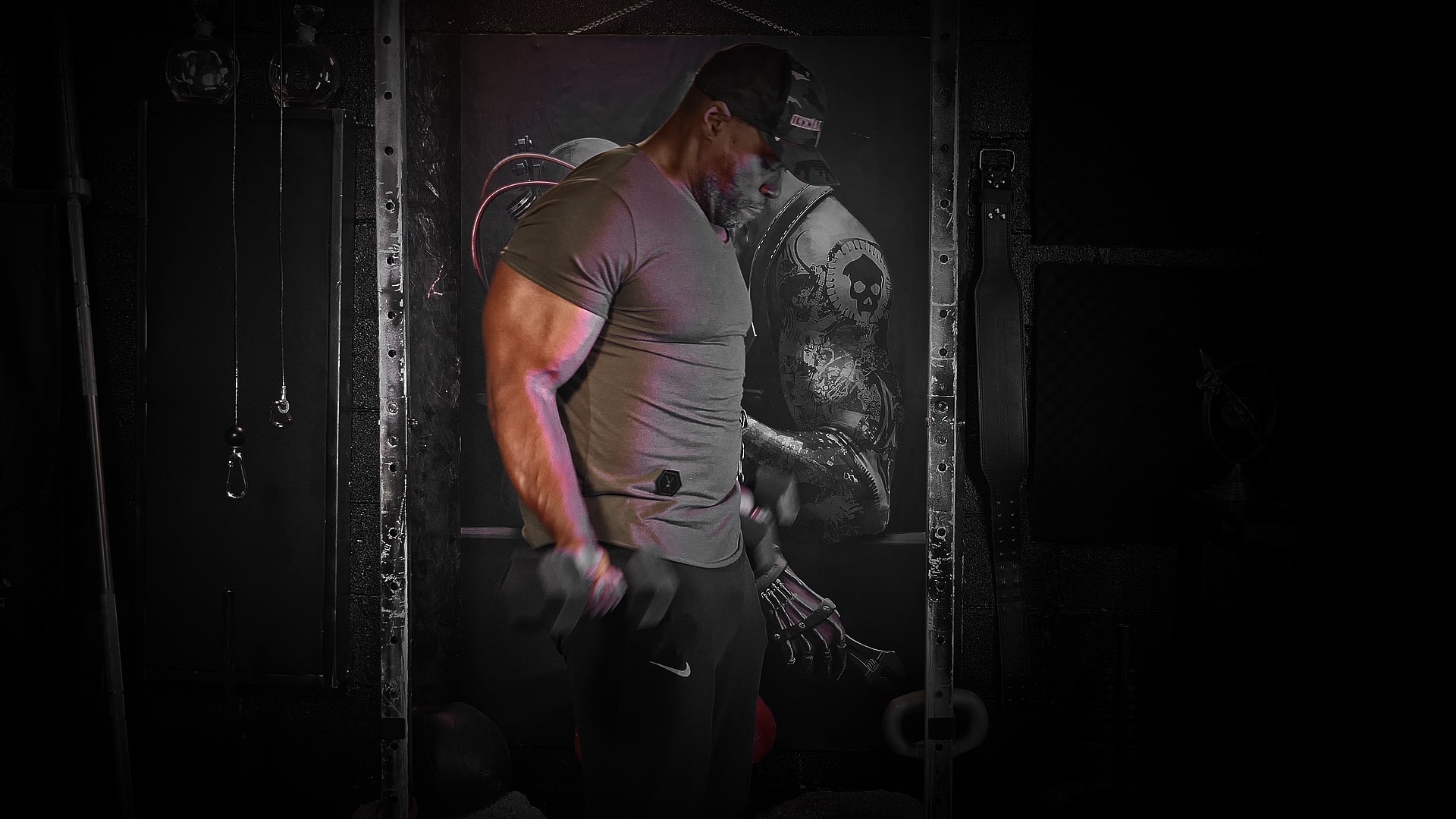 The Dumbbell Drag Curl is a great exercise for placing stress on the biceps and taking the stress away from the front deltoids. If you find that your anterior delts seem to dominate most of your bicep workouts, it’s time to add in drag curls with dumbbells.

Although this movement can be done with a barbell, we're going to concentrate on the dumbbell version as dumbbells help iron out strength imbalances and offer equal work to both the left and right sides. 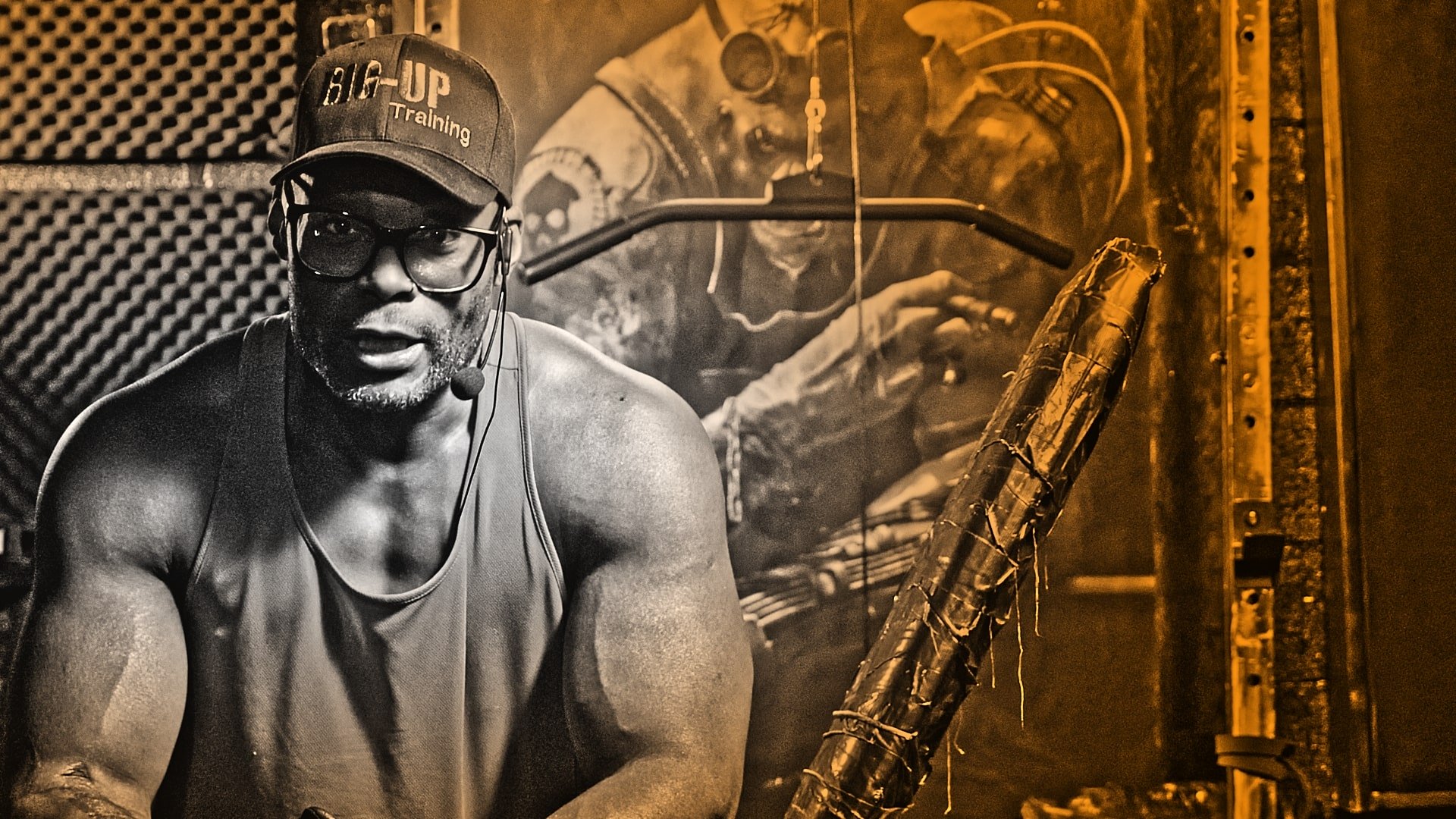 In this article, we’re going to put the drag curl front and center. I’m going to use the standing version to explain how best to perform the exercise movement.

Next, I’m going to arm you with 4 more drag curl variations to add your list of bicep exercises with dumbbells so you’re never short of a variation to choose.

What Is A Drag Curl?

A drag curl, whether standing, seated, with a barbell or dumbbell is a curl that limits anterior deltoid involvement, and an exercise that helps to place more stress on the bicep heads.

The drag curl is a much harder exercise to perform than many other bicep exercises because most other movements allow for front deltoid involvement. Also, it is much harder to curl the weight in line or behind the line of your torso than it is to curl a weight in front of the body simply because you have limited involvement of the shoulders as you would in a normal bicep curl.

Yes, dumbbell drag curls are effective because you can work on strength imbalances and limit front delt usage.

What Muscles Do Drag Curls Work? 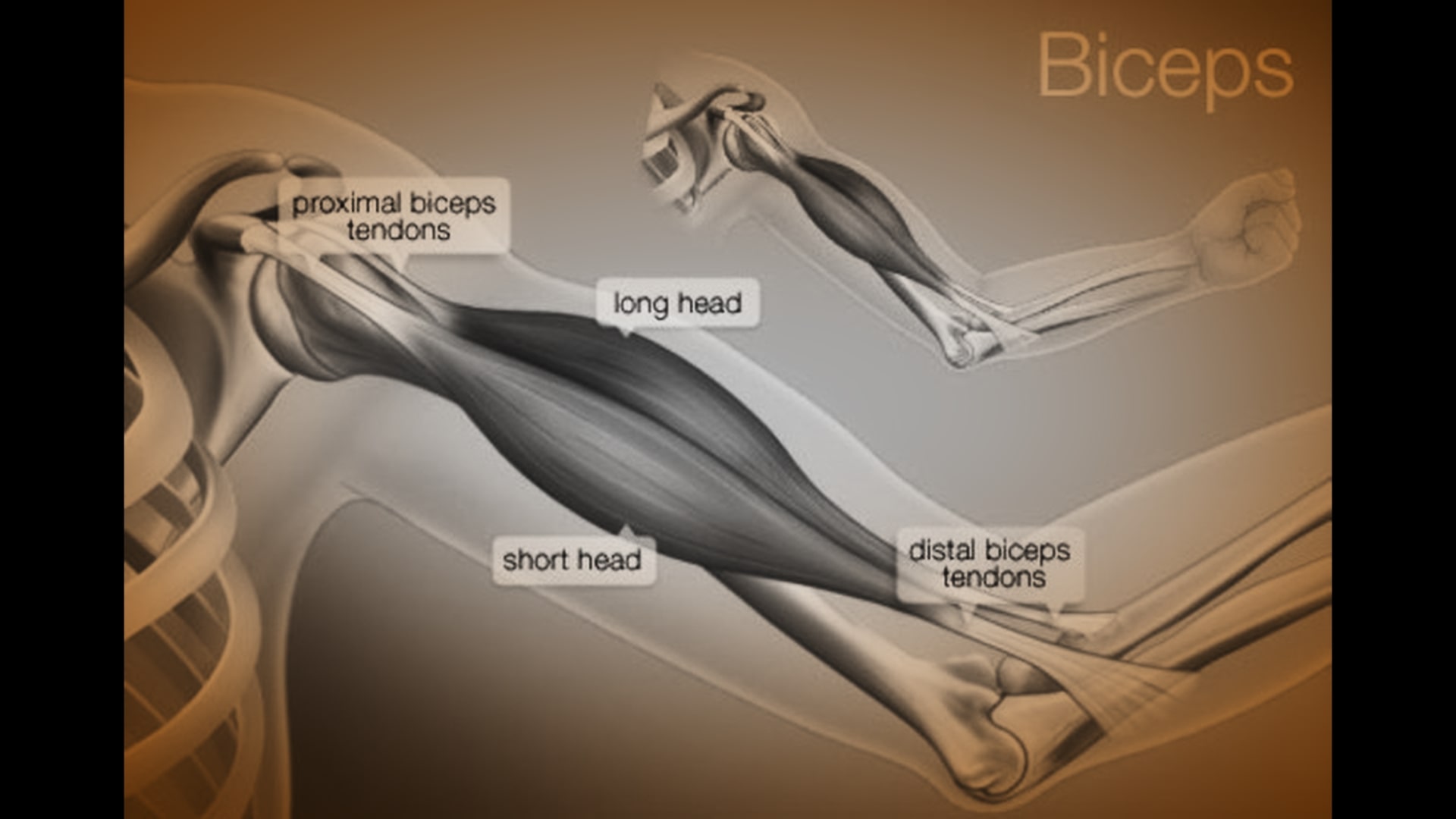 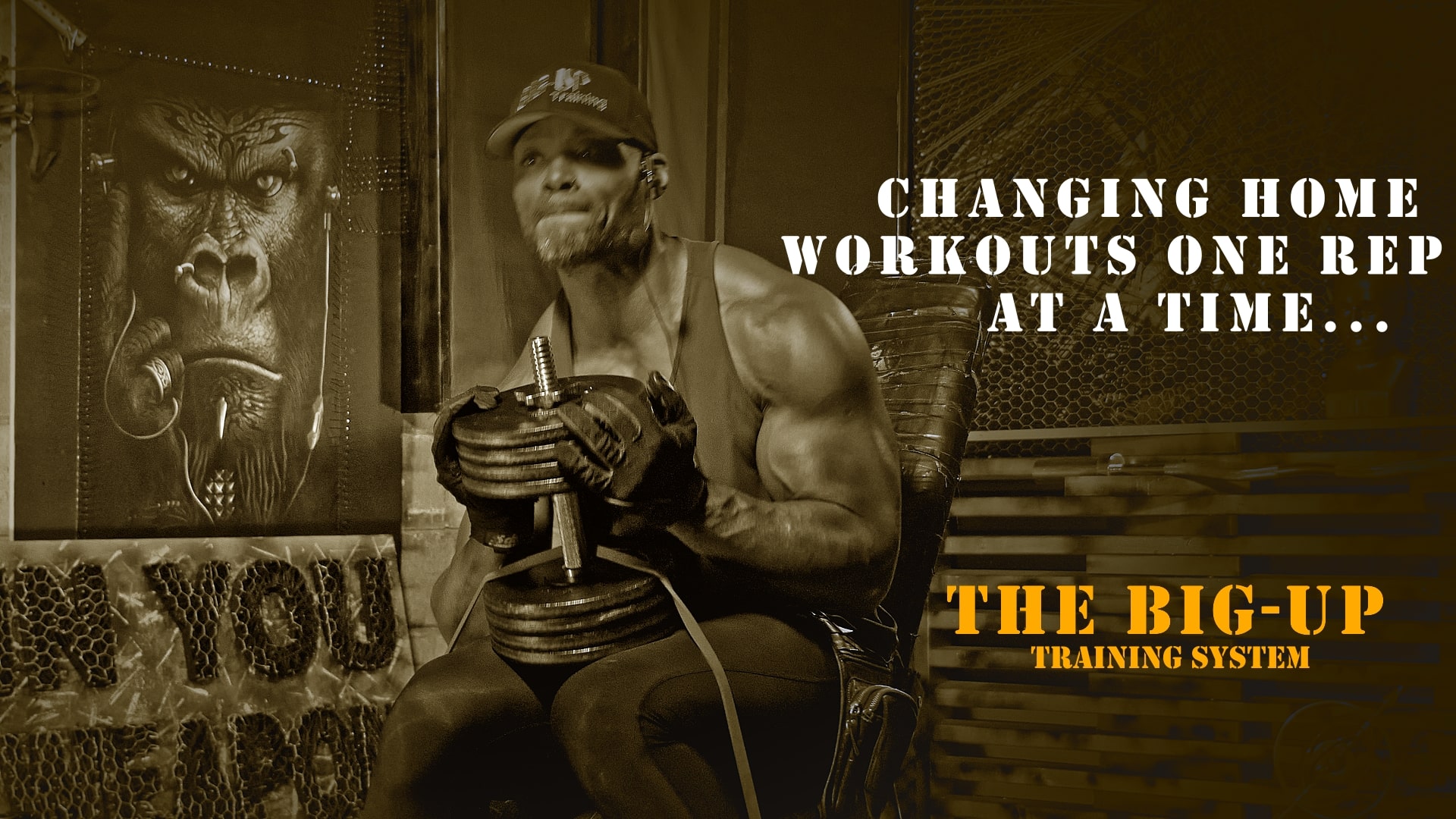 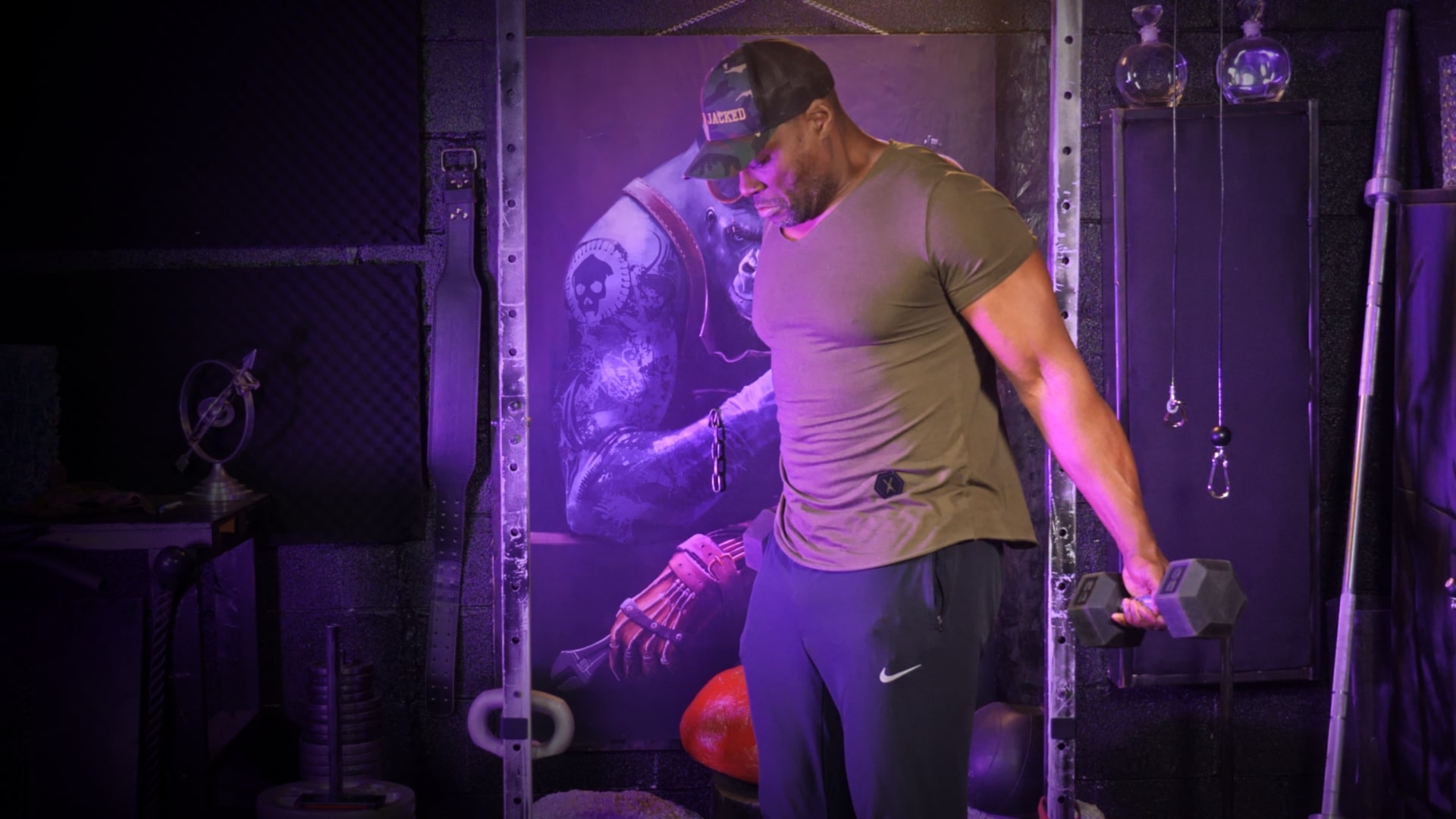 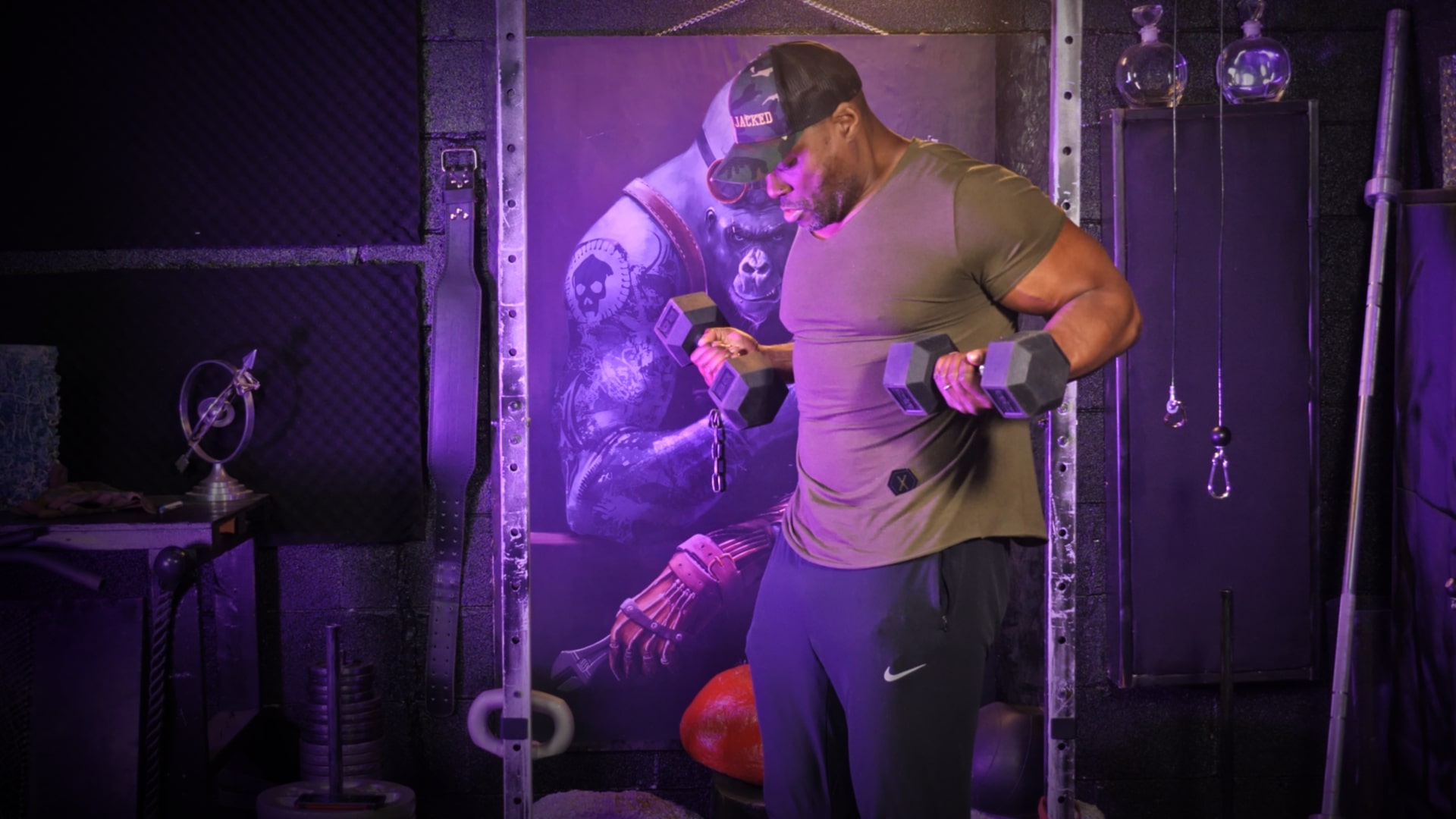 Cue 2: With the dumbbells down by your side, retract your shoulders by bringing them down and back.

Keep your chest high and tense your core. At this point, your elbows should be almost behind the line of your torso.

Cue 4: Squeeze your biceps at the top of the movement before returning the dumbbells to the start.

Let Do Some Variation Drag Curls With Dumbbells: 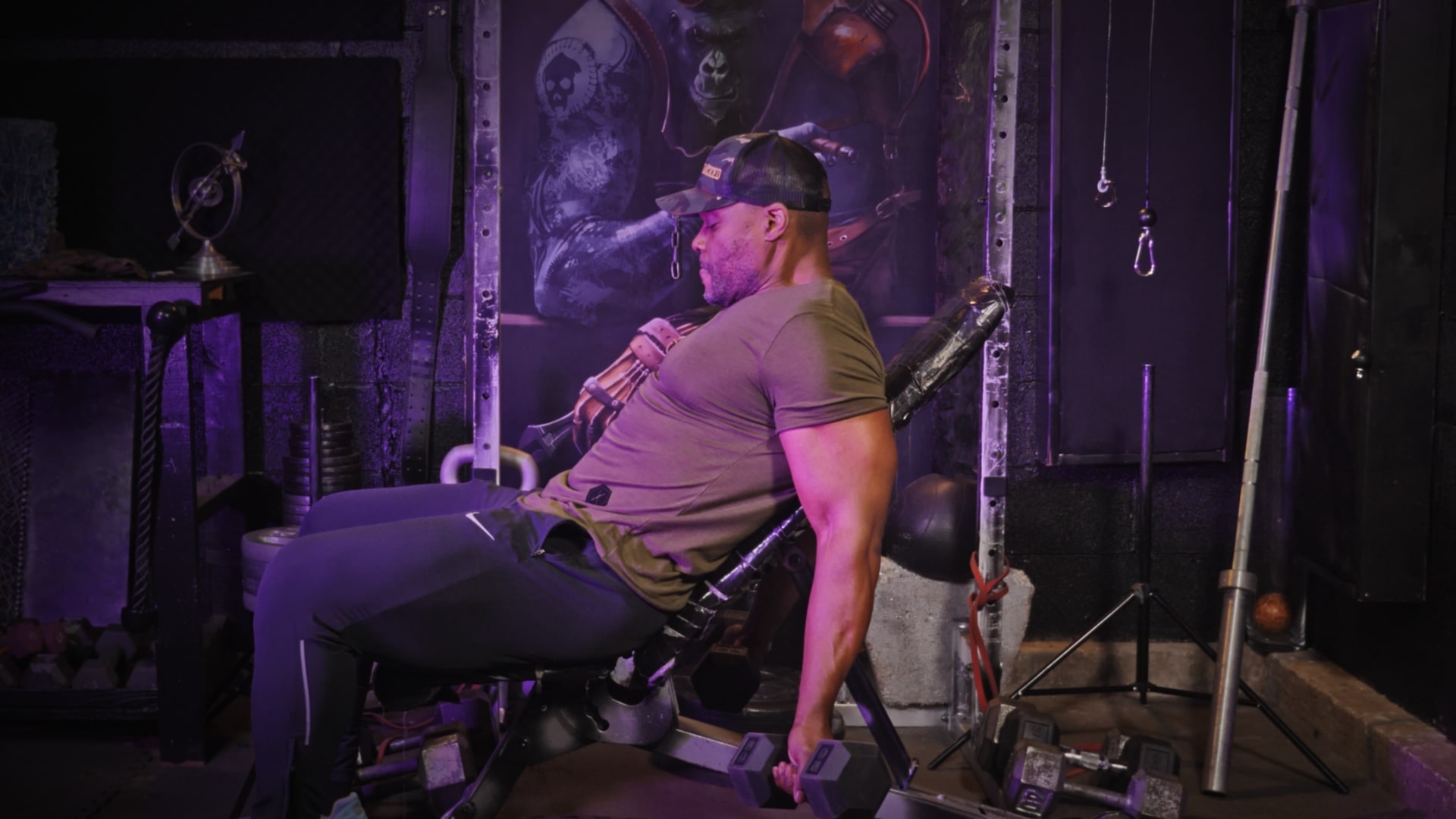 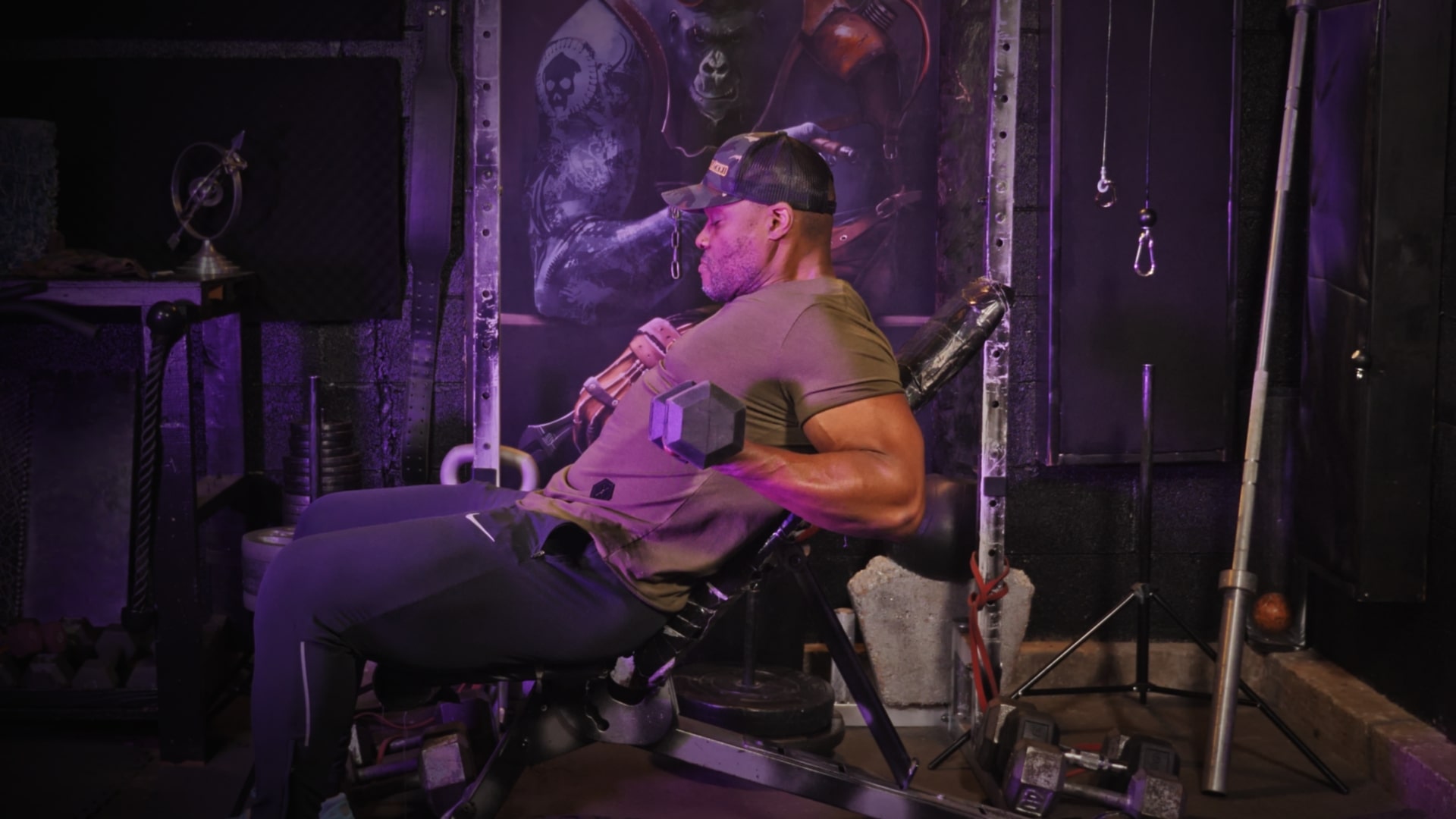 By placing yourself in the incline position, you limit any kind of momentum from creeping into the movement.

Items Needed: Incline bench and one pair of dumbbells.

Set up your incline bench at a 60-degree angle.

Cue 1: Sit back on the bench with dumbbells at your side using an underhand grip. Retract your shoulders by bringing them back and down. At this point, your elbows should be almost in line with the back of the bench. Lift your chest and tense your core.

Cue 2: Curl the dumbbells up to chest height and try to keep them in line with your torso as you bring them to the top position. Slowly return the dumbbells to the start position.

Choosing Urethane and Rubber Dumbbells For Your Home Gym 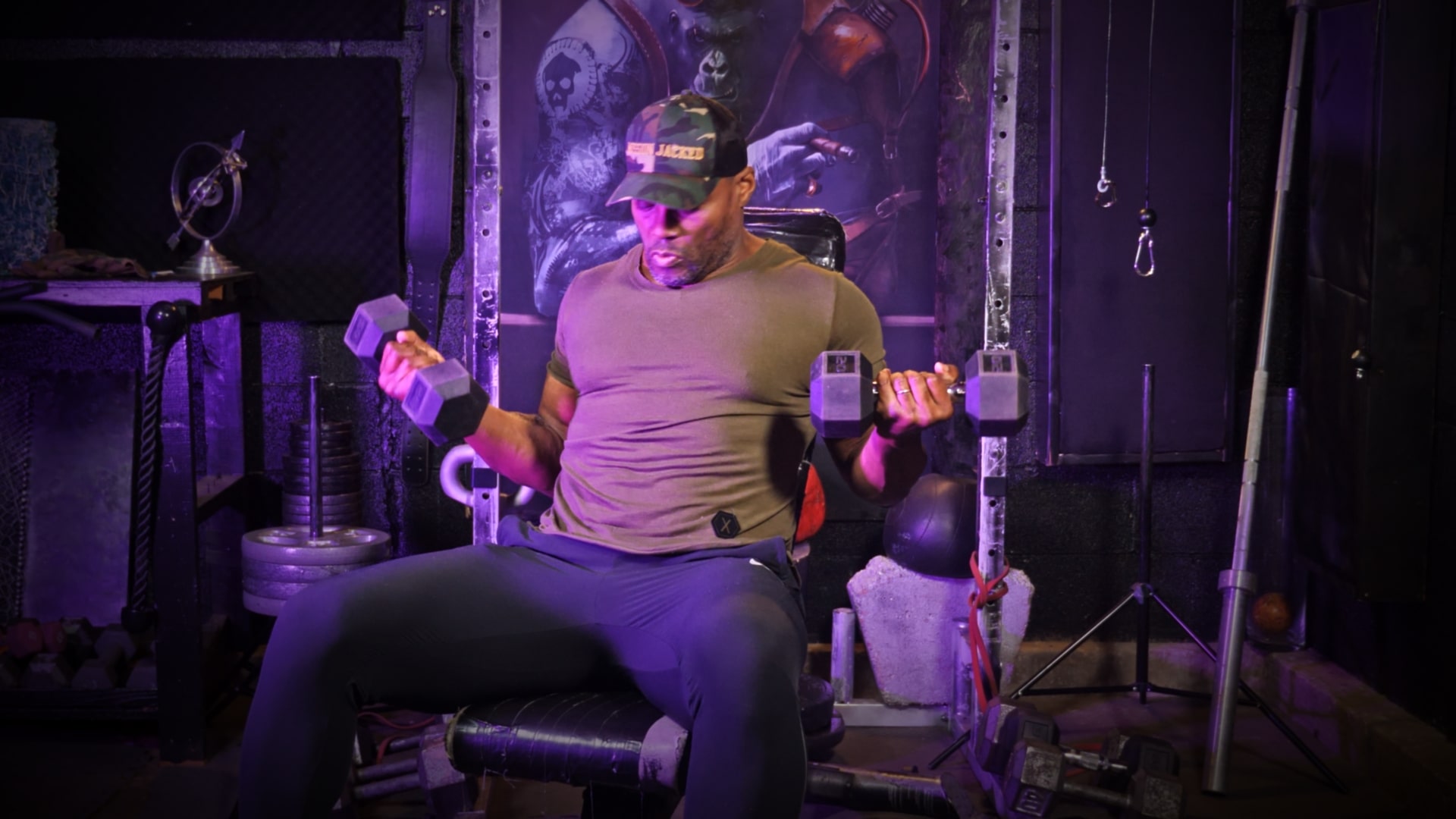 This slowed-down version of drag curls with dumbbells will almost certainly cripple the biceps with an untold amount of stress on the muscle. The one good thing is that you may not have to use as much weight to experience the pump of your life.

Items Needed: Incline bench and one pair of dumbbells

Cue 2: Lean back on the bench and retract your Shoulders by bringing them down and back so you can feel your lats activate.

Cue 3: Curl both dumbbells to the top position by making sure that they do not travel too far in front of you and that your elbows stay back throughout the movement.

Cue 4: Slowly let one dumbbell return to the start position while holding the other dumbbell in the top position.

Cue 5: Curl the lowest dumbbell back to the top. While it is static at the top of the movement, slowly return the other dumbbell to the straight arm position.  Alternate which dumbbells stay at the top until all desired repetitions have been completed.

This can also be done in the standing position. 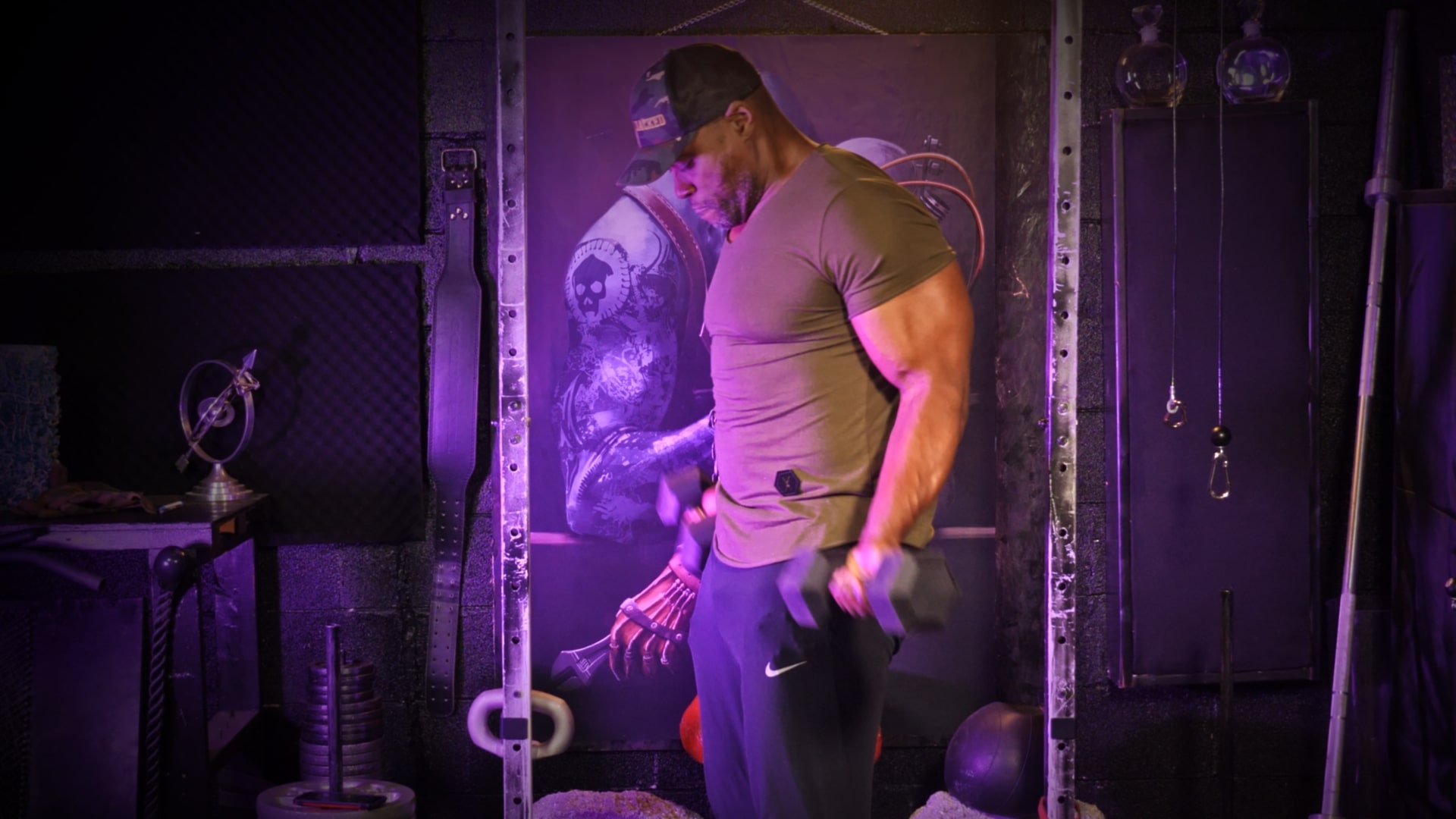 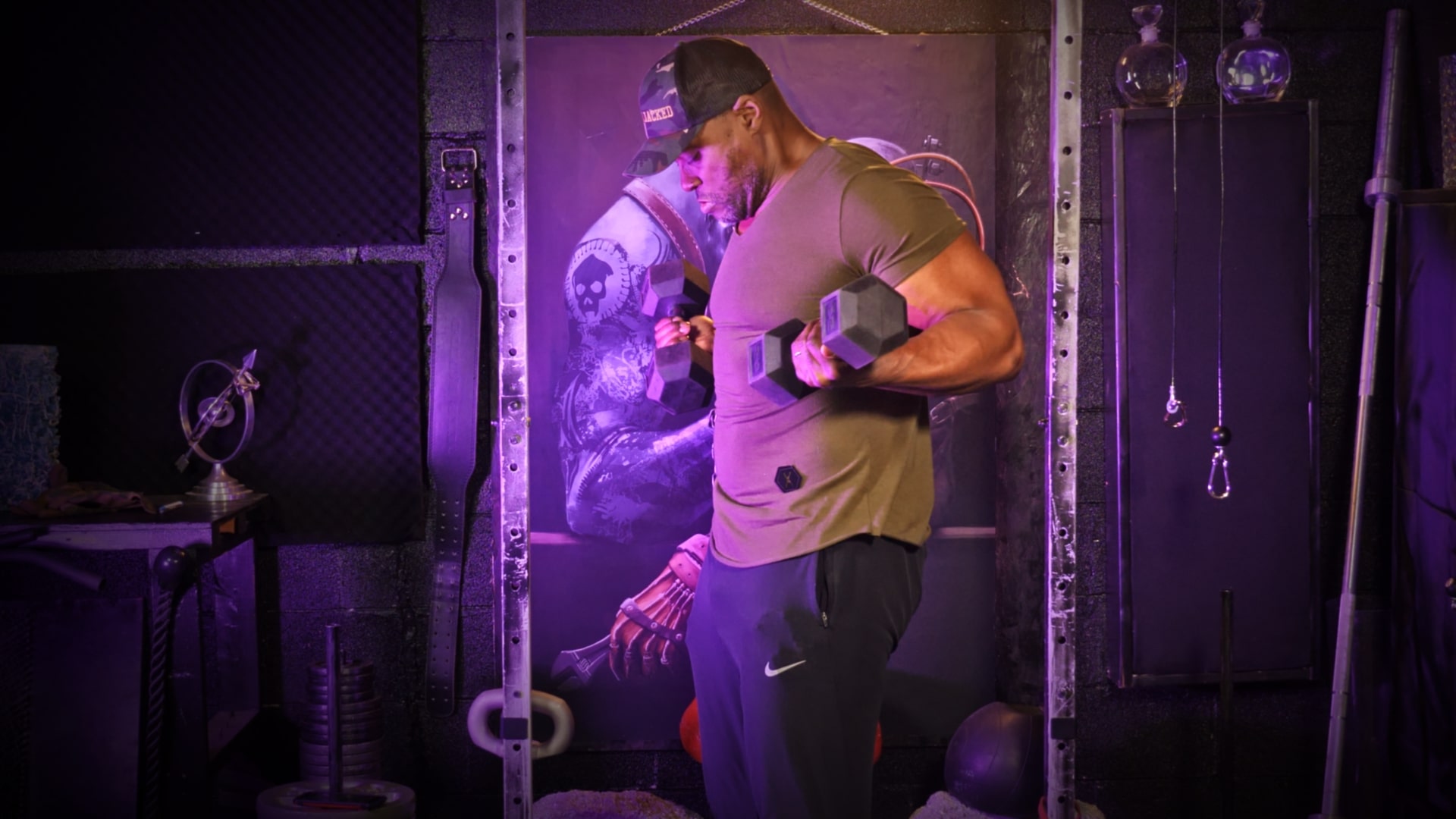 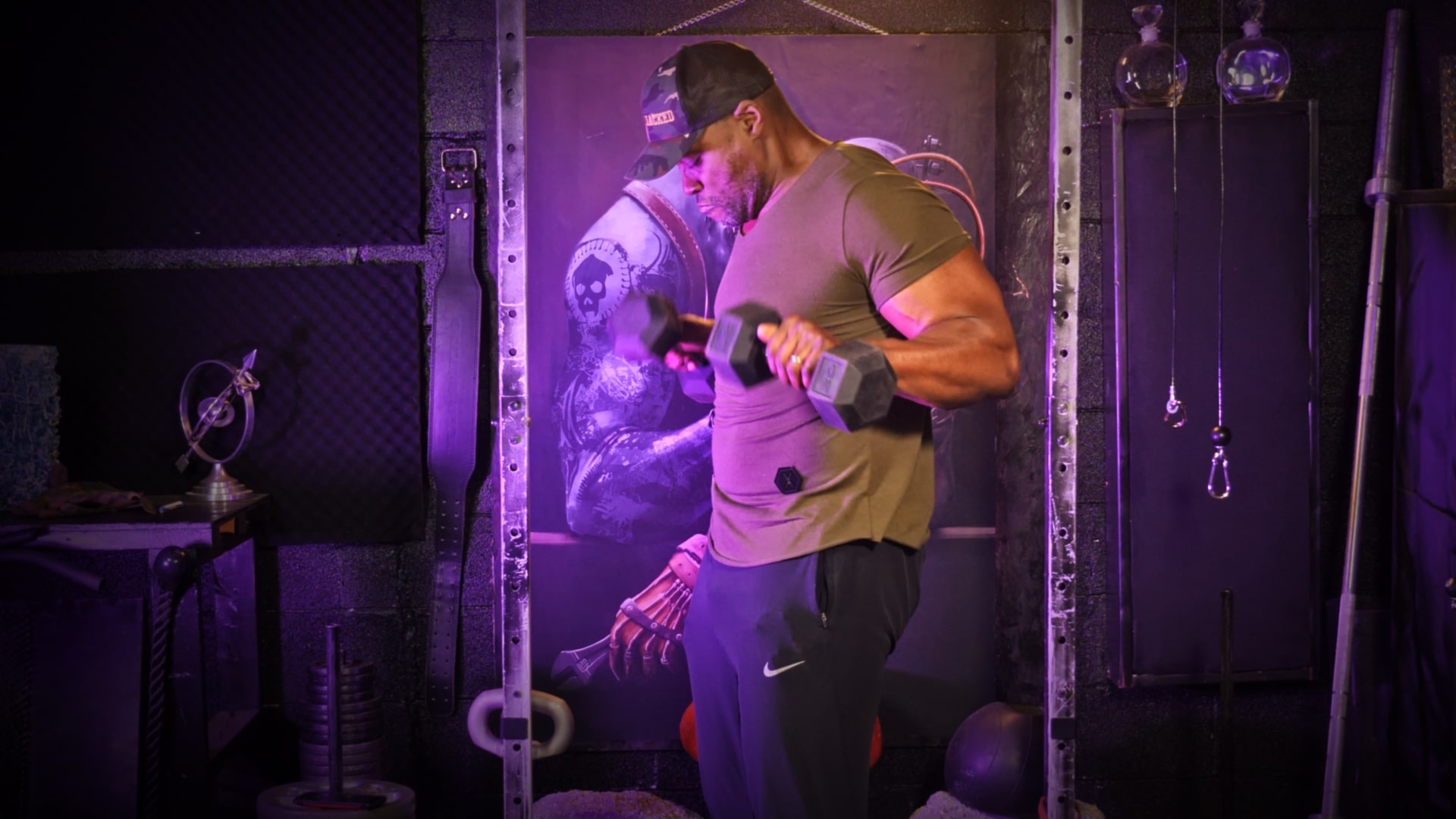 When it comes to drag curls with dumbbells, the Standing and Seated Zottman Drag Curl is a very effective exercise. Varying your grips helps to enhance your workouts and target different areas of the biceps as well as muscles in the forearm.

Items Needed: One pair of dumbbells

Cue 1: Stand with feet set about shoulder-width apart and dumbbells in hand using a supinated grip.

Cue 2: Retract your shoulders by bringing them back and down. Lift your chest, tense your core and pull your elbows back.

Cue 4: Twist the dumbbells so that your hands are in the pronated position (palms facing down) and lower them to the start position. Turn your palms back to the supinated position before starting the next repetition. 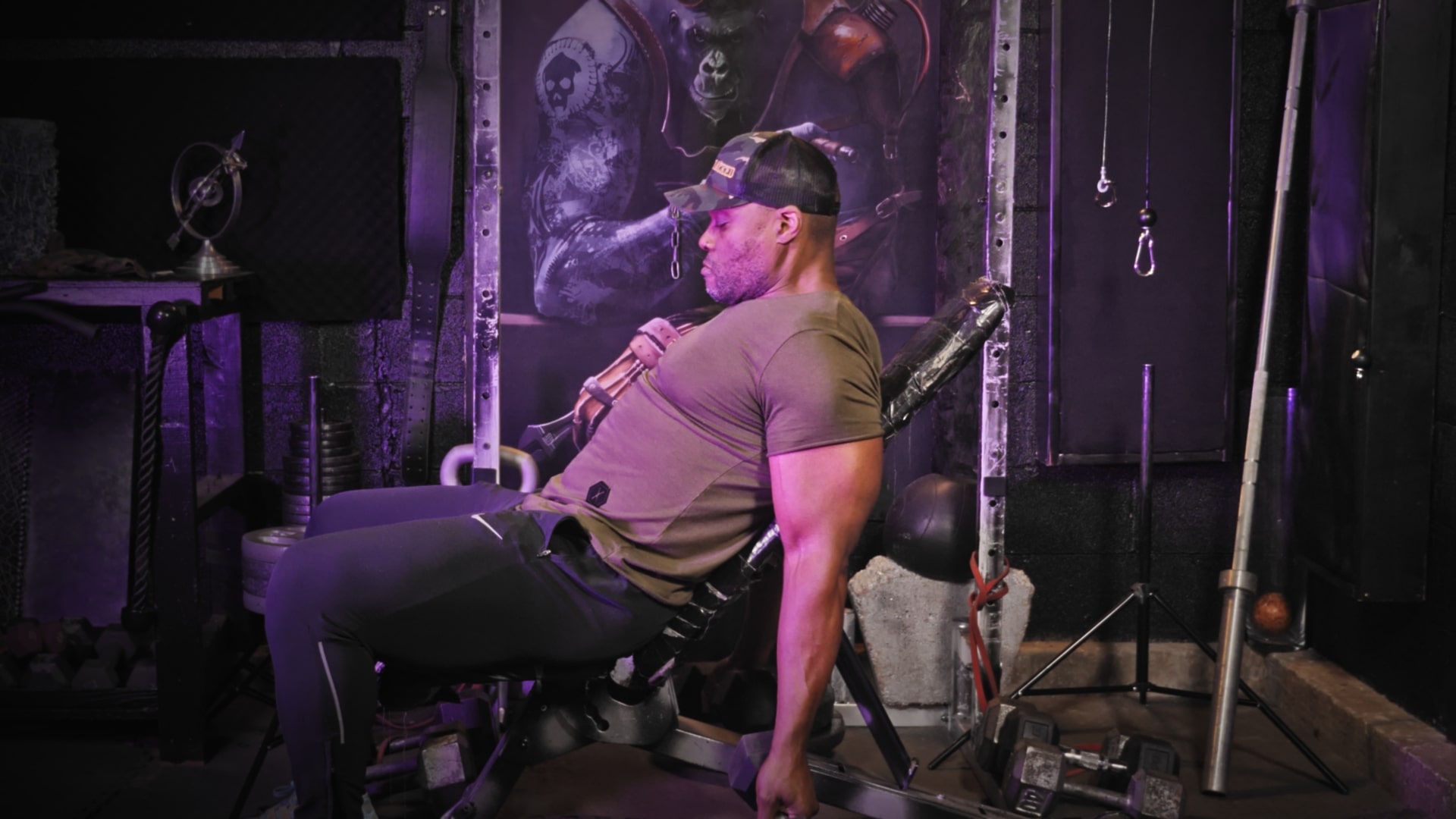 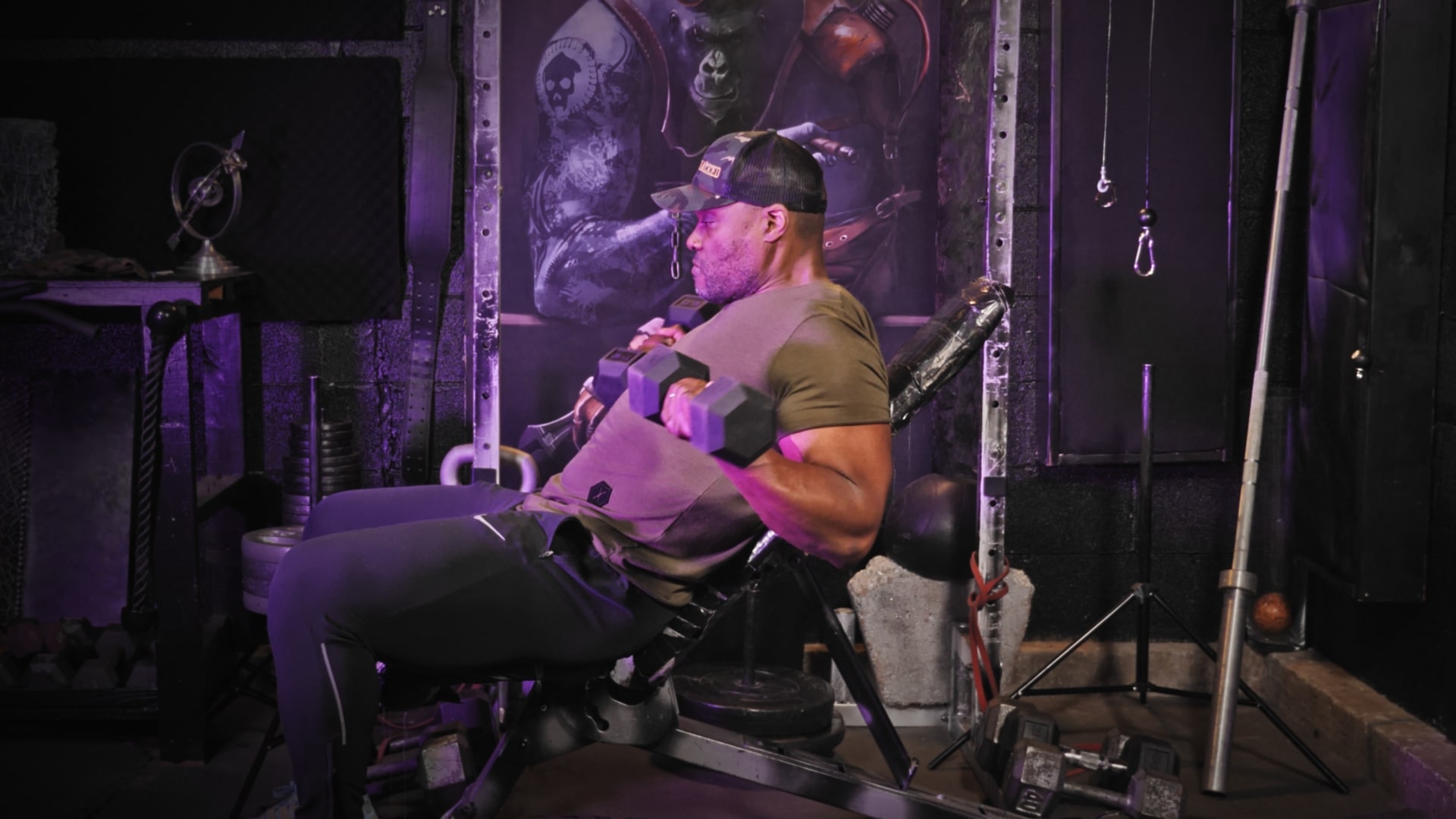 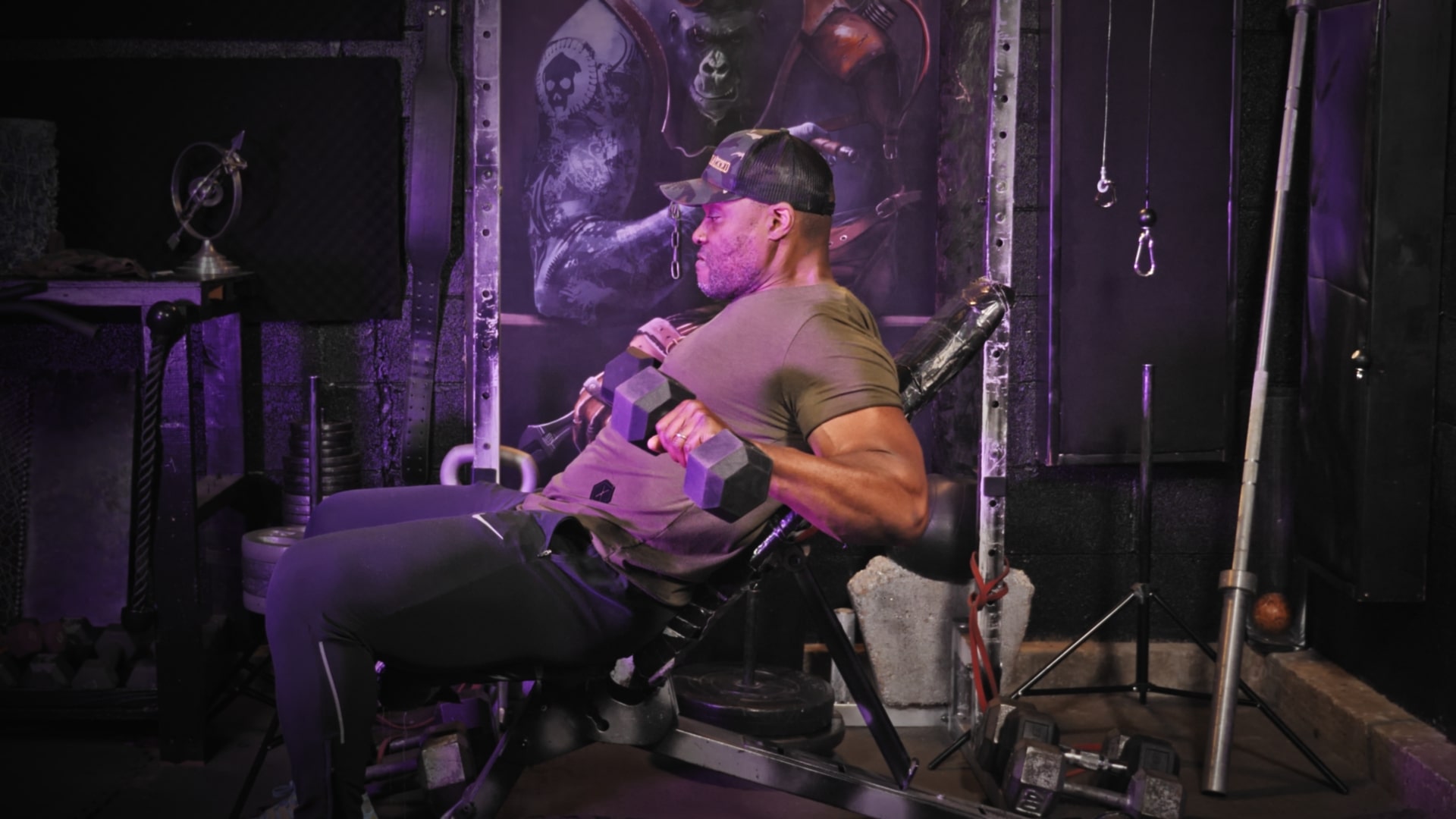 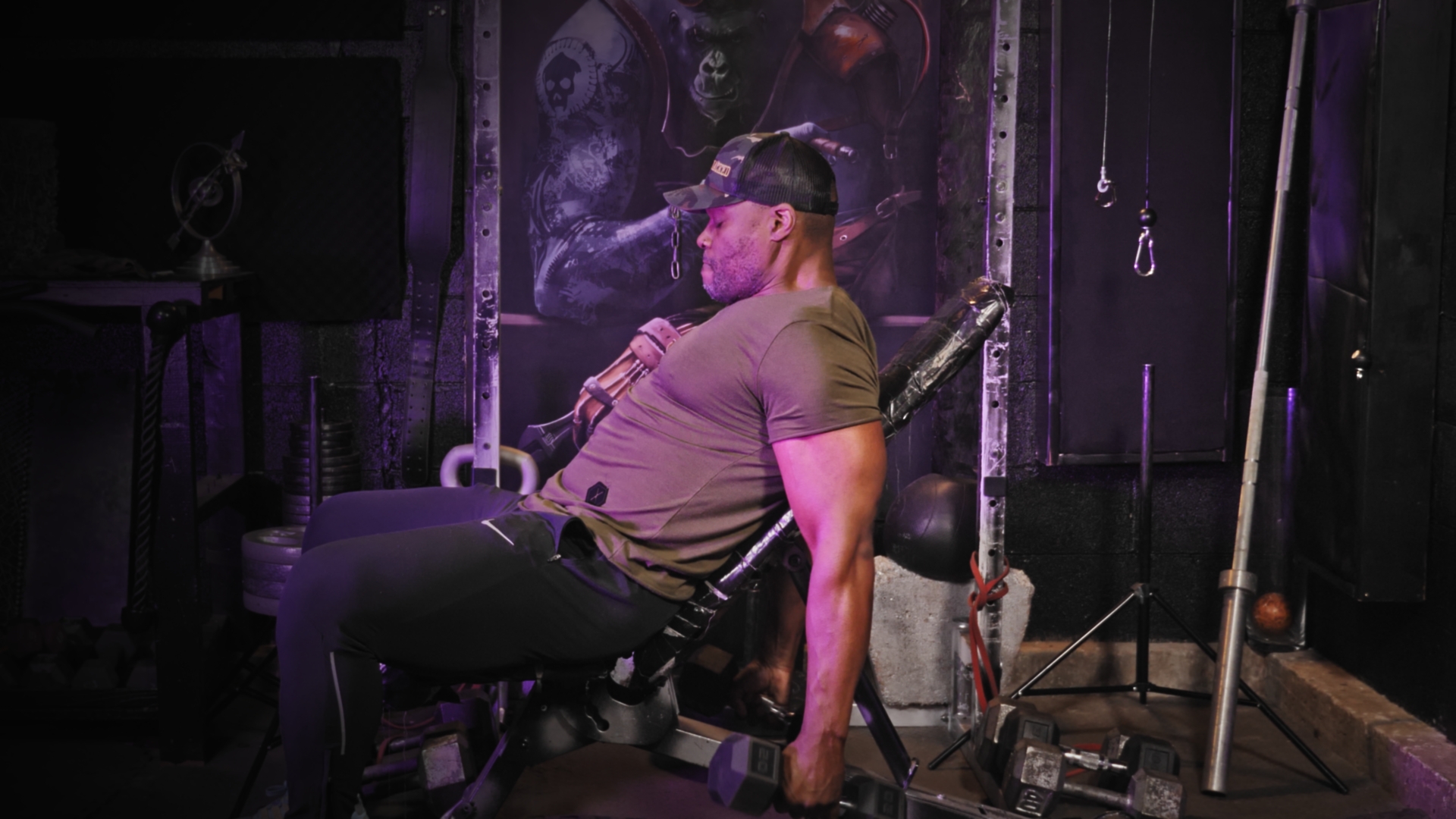 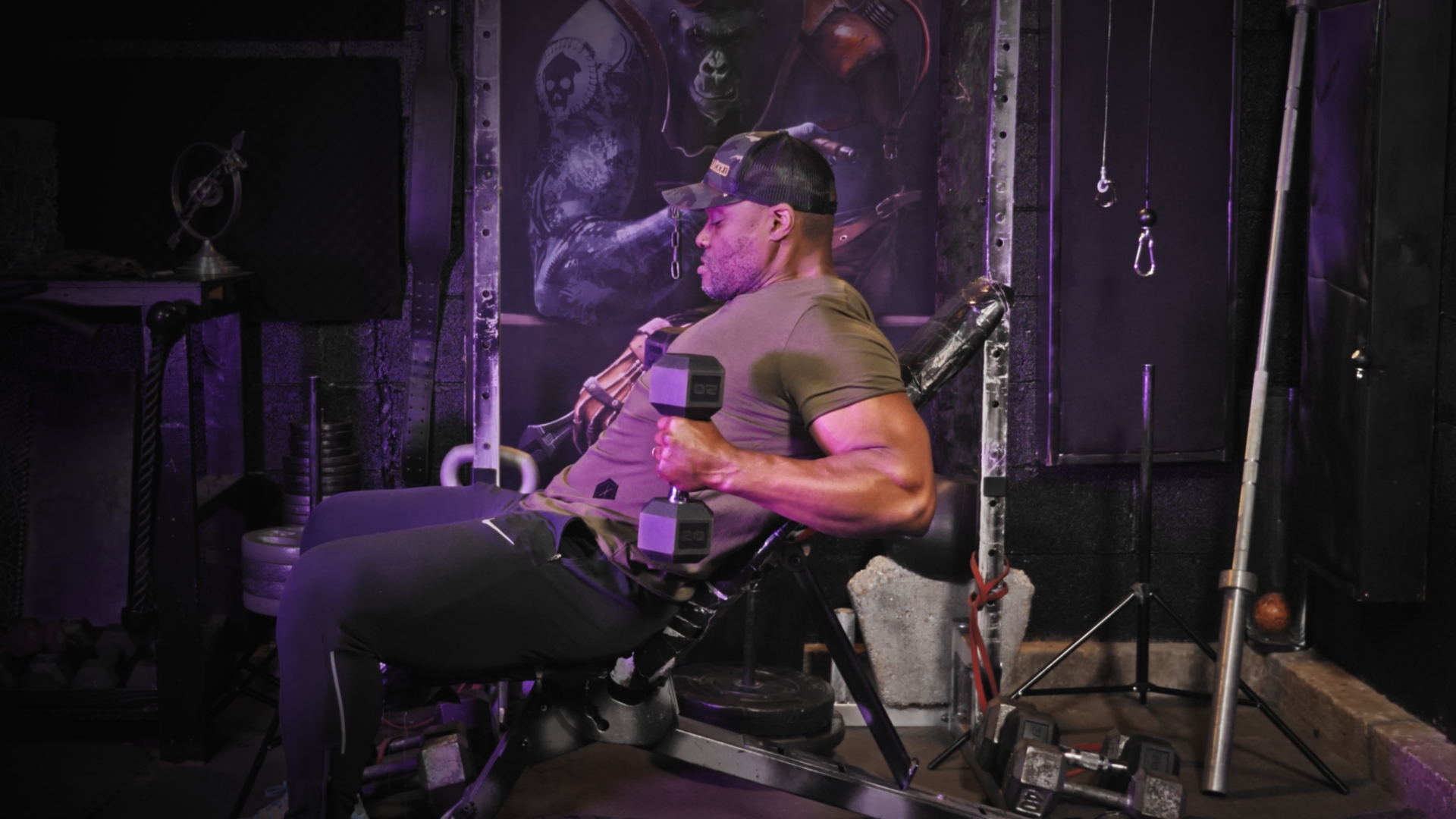 The Dumbbell Hammer Curl is another exercise that can be performed standing or on an incline bench.

As with the original version of the hammer curl, this exercise targets the long bicep head, the brachialis and the main muscle in the forearm, the brachioradialis.

The one major difference when performing this exercise in a dumbbell drag curl situation is that the exercise places less stress on the front deltoids and more on the long head of the biceps.

Items Needed: One pair of dumbbells and an incline bench set at a 60-degree angle

Cue 1: Sit back on the bench with dumbbells in hand using a hammer grip.

Cue 2: Retract your scapula by pulling your shoulder blades back. Your elbows should be almost in line with the back of the bench.

Cue 3: Lift your chest and tense your core before curling the dumbbells to your chest.

Cue 4: Slowly lower the dumbbells to the start position.

Thank you for reading our Drag Curl With Dumbbells Article. You may also like the following articles.

Build The Rest of Your Physique With Mission Jacked

Dumbbell Pullovers For Lats - Build Width With These 4 Pullover Variations

Dumbbell Clean and Press Your Way To A Stronger and Fitter Physique!